The Survey of Black Jewellers was carried out by Private 2 Public Ltd on behalf of Kassandra Lauren Gordon, a black jeweller, supported by the Goldsmiths’ Company and the Goldsmiths’ Centre.

It follows Kassandra’s open letter to the jewellery industry in June about the lack of diversity and inclusion for black people in the industry. The survey looked at the experiences of racism black people said they faced in the jewellery industry, as well as the skills, barriers and opportunities black jewellers needed to grow their businesses and improve their practice. 94 black jewellers responded to the survey, conducted between 25 August and 8 September. 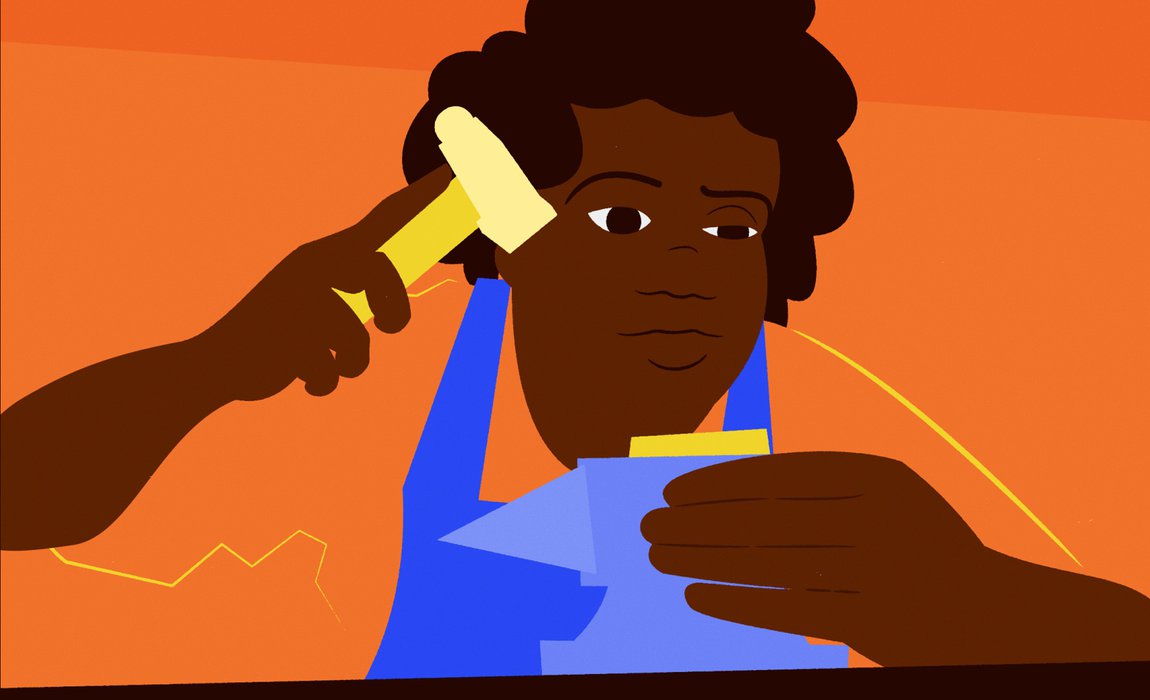 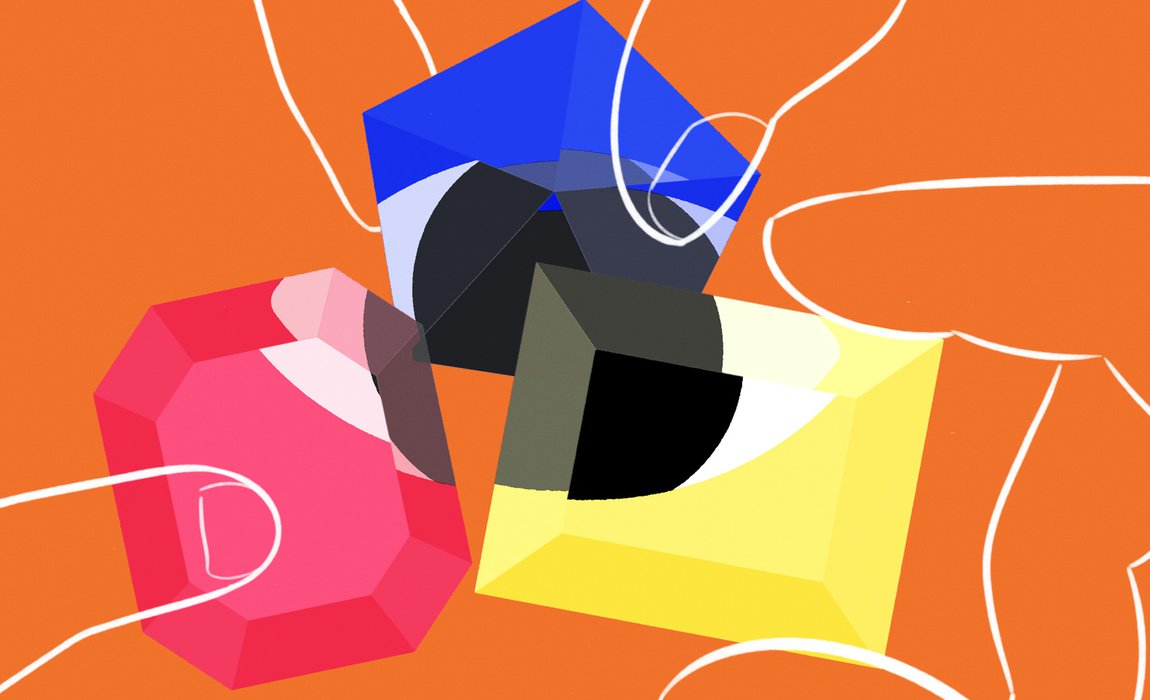 Experiences of racism happen across the jewellery industry, but are rarely reported

The survey indicated that experiences of racism were most likely to take place at selling events or exhibitions (39%), in education and training (39%), or in interactions with suppliers (services, equipment or materials) (35%).

Yet racism was rarely reported (74% never reported it), regardless of the stage respondents were in their careers, because they didn’t know how to report racism, or who to report it to (38%), and were either concerned about the consequences of reporting (33%) or if they’d be believed (33%).

Impact on mental health (39%) was cited as having the most marked effect on those respondents who said they had experienced racism, along with stalling career development (13%) or hiding their identity (11%).

One respondent said that racism in the jewellery industry amounted to...

“...lots and lots of small incidents – microaggressions. In the short term they don’t seem that damaging but in the long term, when you put it all together, it is… It's death by a thousand cuts.”

“The results of the survey are validation, were it needed – and I’m sad to say it is – of the collective experiences many black jewellers, me included, have had in the industry, from microaggressions to direct racism. Some people may find it shocking, particularly the pervasiveness of it in the industry, from the workshop to the lecture hall. Those that have experienced racism won’t be shocked at all. The focus now should be on how the jewellery industry is going to create a culture of inclusion for black people and become proactively anti-racist both in day-to-day life and longer term.” 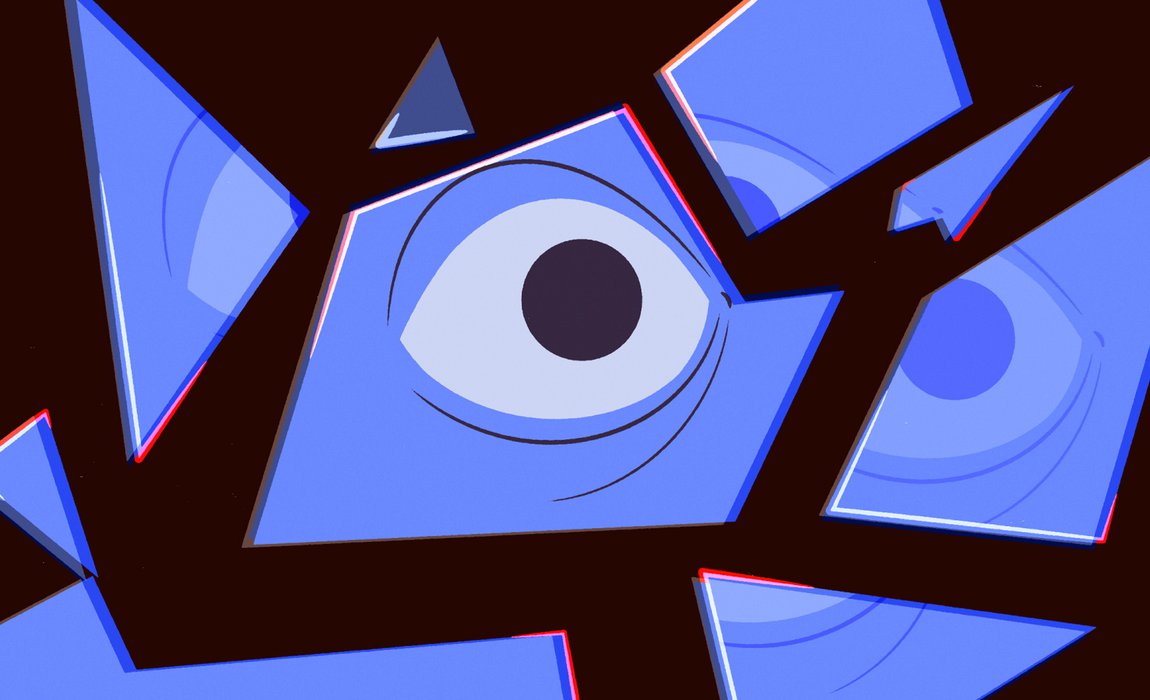 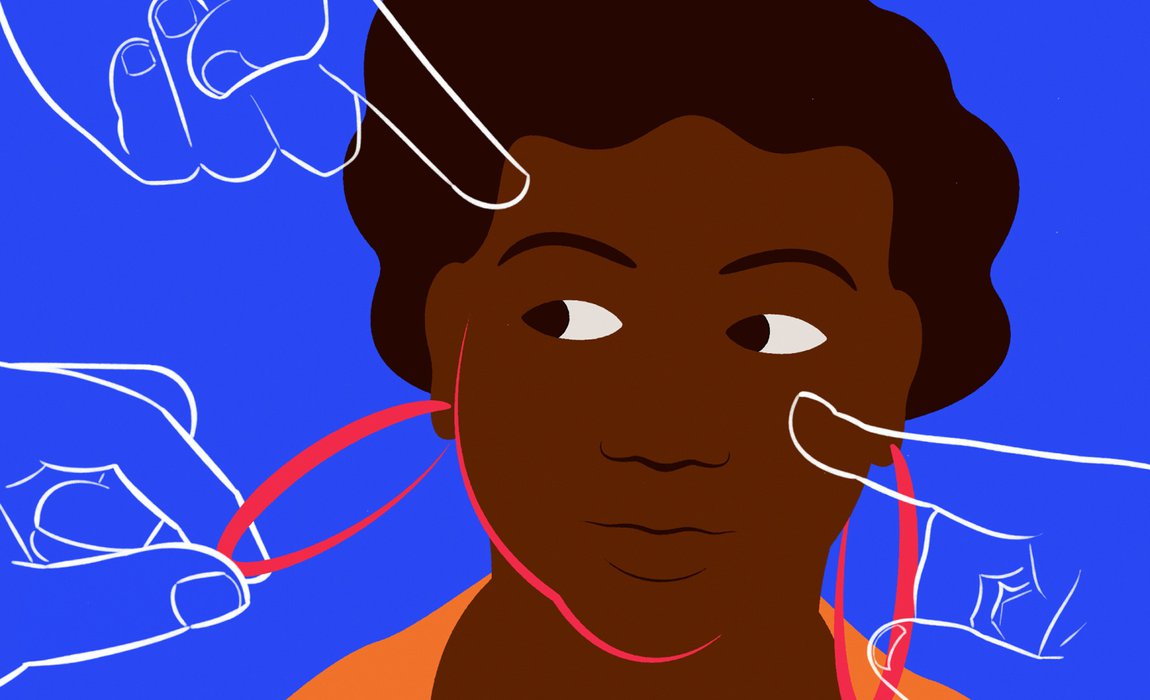 Lack of funds, business experience, and role models the most common business barriers.

The survey also looked at skills, barriers and opportunities for emerging and established Black jewellers, to understand what support was needed to develop and grow the practice and business of black jewellers; and encourage more black people into the industry.

The survey indicated that the three most common barriers today were lack of funds (77%), lack of business experience (51%) and lack of role models (44%). While these results were comparable to other surveys of the jewellery community, ‘lack of role models’ was not typically offered as a response option, further emphasising the need for visible black role models in the industry.

Many black jewellers are learning the craft outside the mainstream.

The skills gaps respondents most wanted to address were business skills (80%), making/ manufacturing skills (69%) and product development (56%). And the opportunities for support that were rated most highly were: money to fund new pieces/ the business (80%); to make contacts in the industry (72%); to showcase work through exhibitions and events (70%); and more press and promotion (70%).

They were also less likely to seek out support from mainstream FE or HE education providers (44%) or industry bodies and trade associations (46%) compared to other more self-directed sources, such as reaching out to other skilled craftspeople (76%) or the internet/ social media (65%). This might, in part, be due to relatively low levels of awareness and a fragmented take-up of membership to those organisations – 58% of respondents were not affiliated to an industry/ business group. 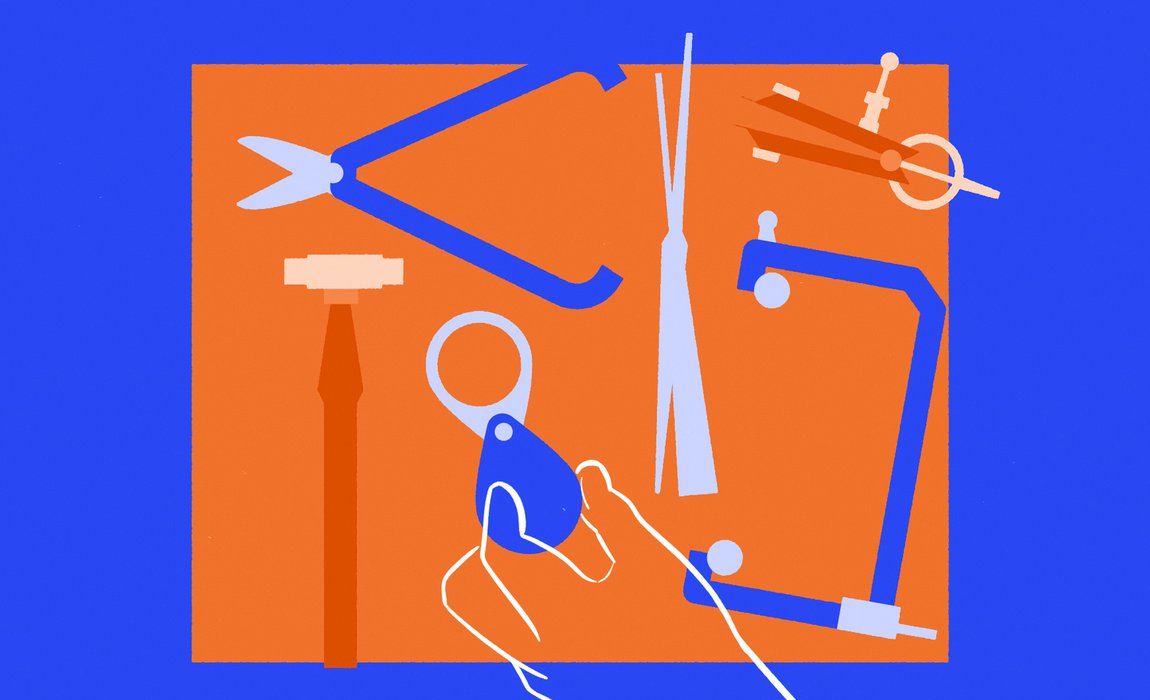 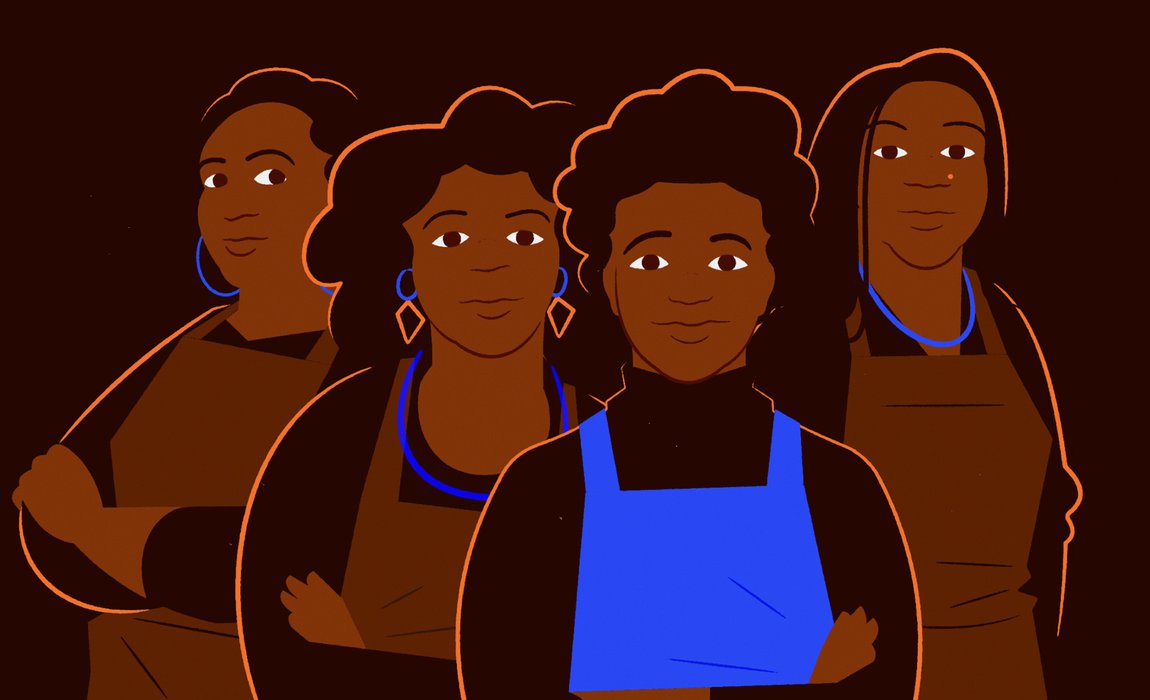 The jewellery industry needs to improve visibility and representation of black people.

Overall, survey respondents said that the jewellery industry needed to be more inclusive, and to improve the visibility and representation of black people. This ranged from more media coverage for black jewellers (37%); to more diversity in exhibitions and showcases (30%) and the need for the industry to be more inclusive/equal in general (21%).

“I think that the industry can shine more light, promote and just uplift more black jewellers as mentors, role models, teachers and stuff like that, to show young black jewellers, like myself, that we do actually exist, and we can get to a high level in the jewellery industry.”

Commenting on the findings, Richard Fox, Prime Warden (Chairman-equivalent) of the Goldsmiths’ Company, which supported the research, said:

“There is no place for racism, or any other form of discrimination, in our trade. This research highlights a disconnect between the industry and the black jewellery community. While the industry has a lot to offer, from training and development to showcases that celebrate the work of jewellers, we need to ask ourselves if enough is being done to improve the accessibility of those opportunities for budding and established black jewellers. All of us in the industry need to look closely at how we can we reach and engage with black jewellers better and more effectively and encourage more young black people into jewellery and silversmithing – we are potentially missing out on a whole generation of talented designers and craftspeople. This will require sustained commitment and substantive change. It will involve an industry-wide collaboration and effort, most importantly with black jewellers themselves.”

Kassandra hopes that the survey will prompt the industry into more visible and tangible action. She concludes:

“For far too long black jewellers have been all but invisible in the jewellery industry, developing their practice and their business on the fringes. Before June, I knew of one or two other black jewellers and had come across no black tutors or industry leaders. Several months on, black-led networks, such as the Black Jewellers Network and The List, have evolved in response to Black Lives Matter and the failings of the jewellery industry to address challenges of inclusion. But this does not absolve the industry of its responsibility to be proactive and to act: to be open and transparent about the steps it is (or isn’t) taking to be more inclusive of black people. It will take time to develop trust – trust is fragile – and for change to happen. But happen it must.”

Based on the findings of the survey, three key areas have been identified for the jewellery industry to consider with regard to how it can improve access, training, and support for all black jewellers:

1. It takes more than a policy or procedure to tackle racism:
How can the industry ensure that not only are effective systems and processes in place for both the reporting of and acting upon racism; but that these are communicated effectively across the Industry, from suppliers to educators and small businesses? How can it enable black jewellers, and in particular aspiring black jewellers, to build confidence and trust in the industry in which they work or wish to work?

2. The industry needs to look at how it engages black jewellers and aspiring black jewellers:
Black jewellers are more likely to approach other skilled craftspeople or go to a search engine for support or training than they are to go to trade bodies and associations or FE and HE providers. How can the industry reach and engage with black jewellers effectively, and ensure that provision (be that education, training, events, competitions, memberships, and so on) is appealing, relevant and accessible to them?

Kassandra has also undertaken and authored a social research study – Challenges faced by black jewellers working and studying in the UK jewellery industry.

It identifies and documents the challenges facing black jewellers in the UK. 11 black jewellers were interviewed. The study revealed six themes: experience of racism in the jewellery industry, education and training, the press, social capital, supply chain, and resilience. Recommendations are offered to redress the problems that featured in the research.

To find our more go to: https://bit.ly/SurveyBlackJewellers