East London goldsmiths’ training community the Goldsmiths’ Centre won a Civic Trust Award in a ceremony at Blackpool’s Winter Gardens on Friday. The Goldsmiths’ Centre was one of 31 buildings and developments from all over the world to receive the chief honour from the Civic Trust Awards scheme, which was established in 1959 to recognise the very best in architecture, design, planning, landscape and public art.

Awards are given to projects that demonstrate high quality architecture or design, have demonstrated sustainability, are accessible to all users and have made a positive cultural, social or economic contribution to the local community.

The Goldsmiths’ Centre is a unique community in the heart of Clerkenwell providing training and workspace to goldsmiths, silversmiths and allied crafts.

Designed by Lyall, Bills and Young Architects and built over 2 years, The Goldsmiths' Centre development (pictured) involved the restoration of an existing Grade II Listed Victorian London Board School and the creation of a new, purpose-built four-storey building on the same site. 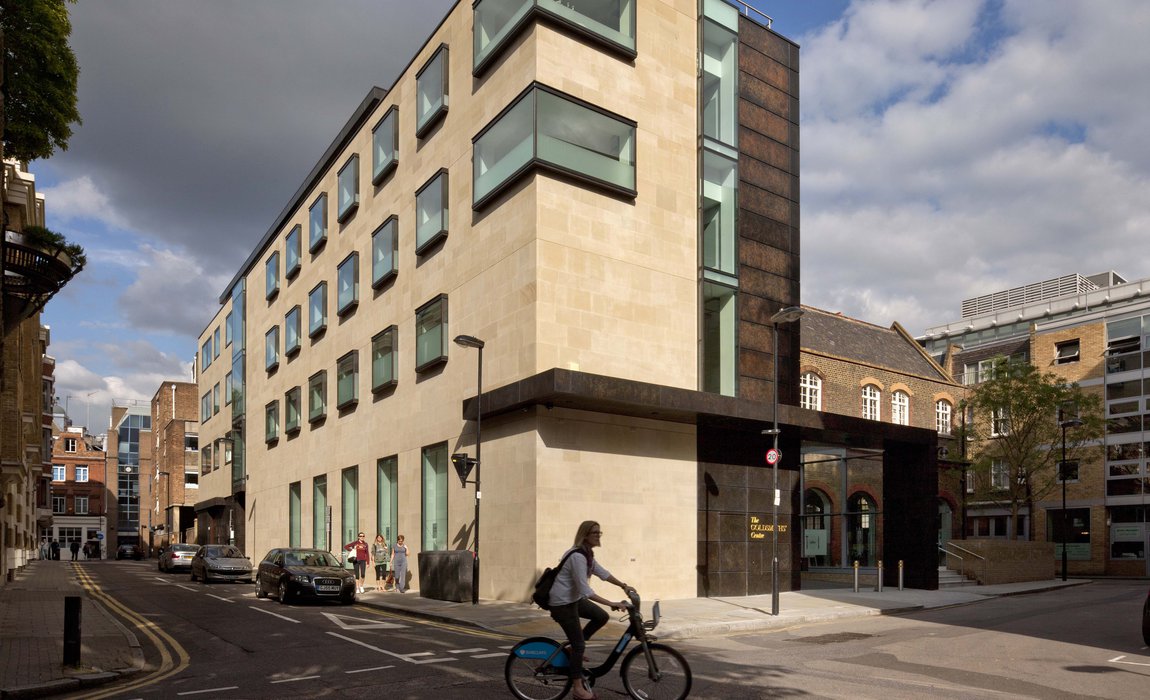 This £17.5 million project was led by the Goldsmiths' Company's largest ever direct investment in the craft and industry with a particular focus on the trade, education and industry development.

Chris Bills, the Project Architect for the build, said “The Goldsmiths’ Centre is a one off. The Goldsmith’s Company wanted a building that would be timeless, and still look fresh and unique in 50 years. Our involvement was designing and seeing it through to be built but that’s just the start of its life. What a building like this is about, and its future, is ultimately about the people that fill it and what it gives to the area around it." 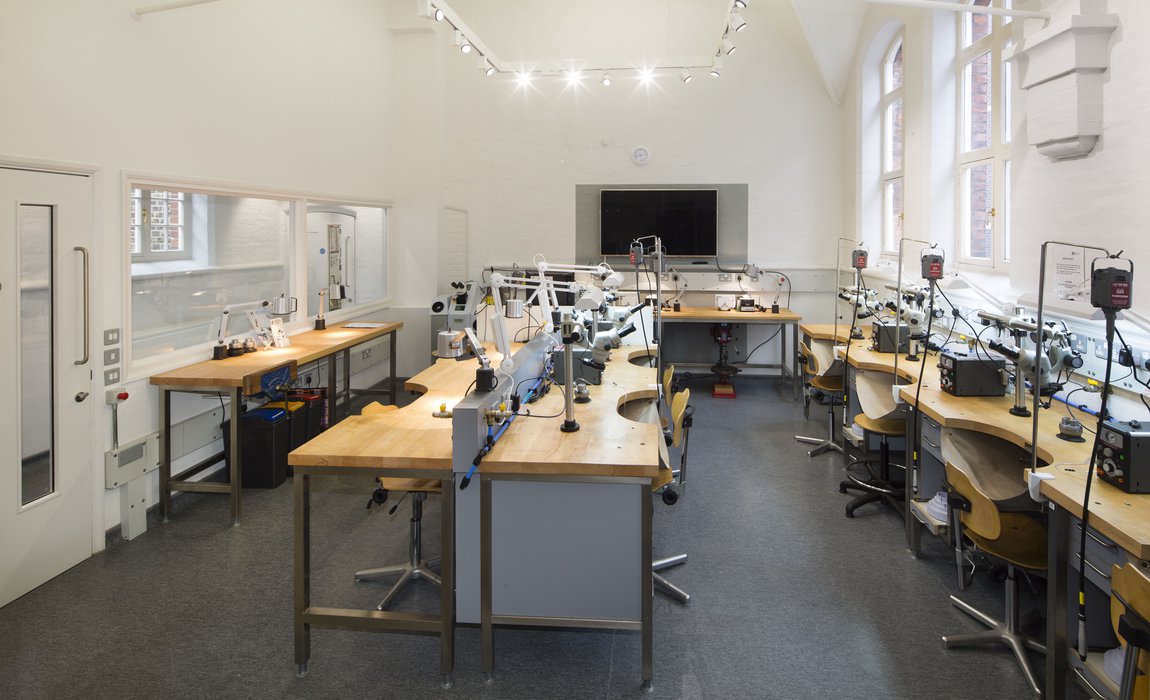 The Goldsmiths’ Centre is now delivering on its purpose and providing the highest quality pre-Apprentice training via a Foundation Programme as well as co-ordinating the Goldsmiths’ Company’s Apprenticeship Scheme. The collective students and apprentices involved with the Centre won the College Trophy at the recent Goldsmiths’ Craft & Design Council Awards 2014.

The Centre also provides workshop space for established firms of silversmiths and jewellers and subsidised workspace for young craftspeople starting out in business. It also is an innovative exhibitions and events space; with four unique venue rooms, a beautiful atrium and community café.

Residents put back into the goldsmithing community by providing training and support through the Centre’s Professional Training reflecting the ethos of the building itself, which is also a model of sustainability, winning a RIBA Award last year.

“The Goldsmiths' Centre has a green bio-diversity roof for encouraging wildlife and exceeds the current BREAAM excellent rating for its environmental friendliness,” said Chris. “It also combines photo-voltaic cells and air-source heat pumps to minimise energy usage and utilises rainwater harvesting for grey water use.”

“Working with the Goldsmiths’ Company meant that we were working with craftspeople who understood where we were coming from,” said Chris. “Centre Director Peter Taylor was hands-on and very interested in the details and the materials. There is real quality in every piece of the building, for example, the Stone cladding on the outside of the building is York Stone, sourced from a quarry just outside Huddersfield.

“We used solid, traditional materials that would age well and reflect the jewellery trade. Oak was a key wood as it is associated with honesty and also a jewellers bench. Every part was always an expression of its character and purpose, which is what makes it so special.”

The Goldsmiths’ Centre is the leading charity for the professional training of goldsmiths. Founded by the Goldsmiths’ Company in 2007 it is a charitable enterprise with a specific purpose: “To advance, maintain and develop art, craft, design and artisan skills, including in particular but without limitation, those pertaining to goldsmithing”.

It does this by:

One of the Twelve Great Livery Companies of the City of London, The Goldsmiths’ Company received its first Royal Charter in 1327. The Company’s London Assay Office has been responsible since 1300 for testing the quality of precious metals.

The Company is the principal patron of modern jewellers and silversmiths in the UK, continuing to play an important role in support of the craft, funding apprenticeships and assisting with the technical training of aspiring designer-makers. The Company supports a wide range of other charitable causes and pursues a number of educational projects with schools.

22nd September 2014 will see the unveiling of the new-look Goldsmiths’ Fair at Goldsmiths’ Hall, the largest and most prestigious selling exhibition of fine jewellery and contemporary silver.