The Royal Institute of British Architects (RIBA) has named the Goldsmiths’ Centre as one of the best designed workplaces in the East London Region as part of its 2013 awards, just over a year after it opened to the public. 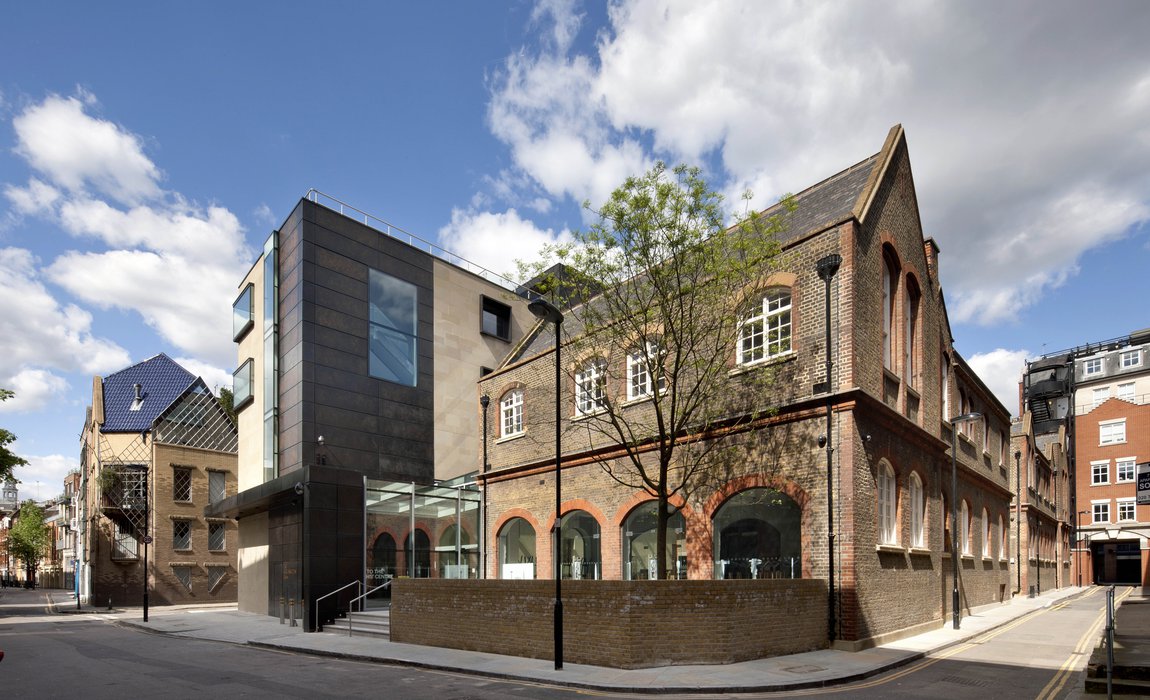 The state of the art building is the result of a close collaboration between architects Lyall, Bills and Young and the Goldsmiths' Centre - the leading charity for hte professional training of goldsmiths.

The projects started in August 2005 when the Goldsmiths' Company began to explore the idea of setting up a charitable training centre which would help new and aspiring goldsmiths and jewellers succeed in their careers in the industry, whilst promoting the goldsmiths' craft to the wider community, for the benefit of public and trade alike.

The project took an existing Grade II listed London Board School and refurbished and extended it to create state-of-the-art workshops, sympathetic, professional training and education space and conference and exhibition facilities.

“We are delighted that the quality of the architecture of Goldsmiths’ Centre has been recognised in this year’s RIBA Awards.”

A stunning glass atrium links the traditional Board School building with modern workshops, studios and events space, making use of the original covered playground area and creating a sense of light and space. Externally, the use of hand-patinated brass panels against the York stone references the activities that go on in the building; whilst inside, the use of stone and oak clearly expresses the ambition that the building is to last a long time and age well. 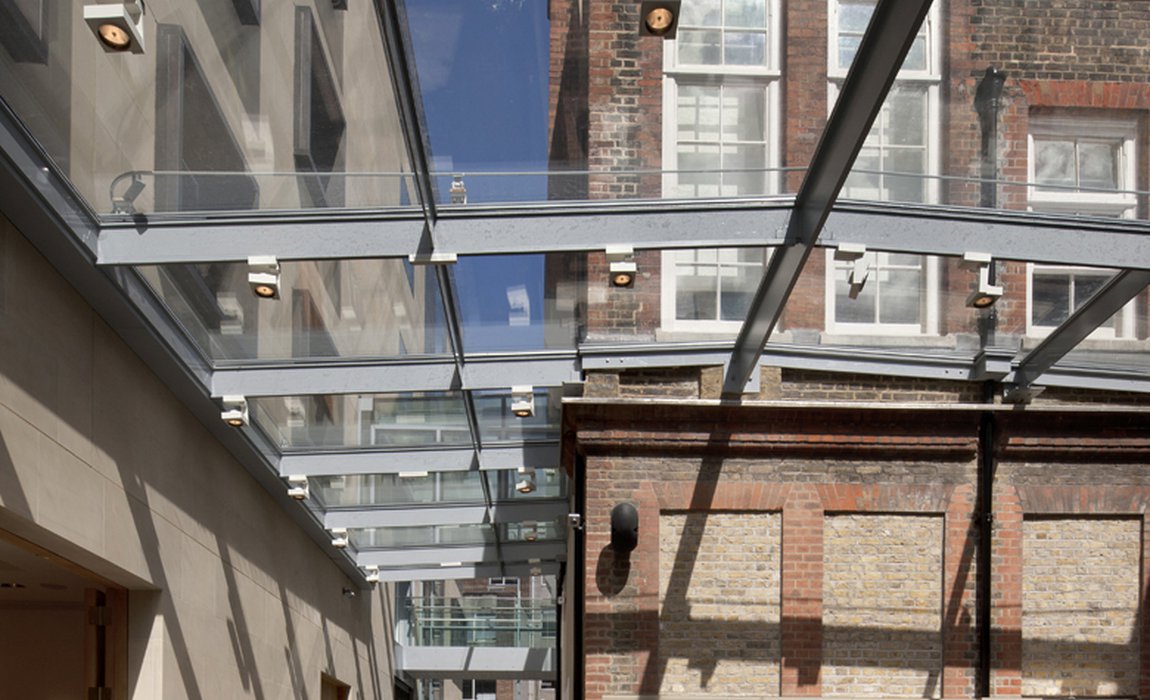 This design approach reflects the ethos and intentions of the Goldsmiths' Centre activity, which has been set up to sustain the time-honoured craft of goldsmithing for today's world and equip young people with the skills to set up in business or enter employment, learnt at the bench with skilled craftspeople whose workshop rental funds the Centre's activities.

Director Peter Taylor is proud that the Goldsmiths' Centre has won this prestigious award:

"We are delighted that the quality of the architecture of Goldsmiths’ Centre has been recognised in this year’s RIBA Awards. There is no doubt that the physical environment of our building makes a huge contribution to the effectiveness of our work with those working or aspiring to work as goldsmiths. The Centre is an excellent example of the architect and client working in tandem with each other to produce something that is much greater than the sum of the parts."

Lead architect on the project, John Lyall is pleased that the relationship between the Goldsmiths' Centre and his architects practice has produced such excellent results.

"It is always gratifying to win accolodes for your work but on this occasion success is particularly sweet", he comments "our design vision has been inspired by the creativity and craftsmanship of the goldsmith and the fantastic, supportive community that the Goldsmiths' Centre is building for generations to come. Bringing that community together through functional but creative design is something we're particularly proud of." 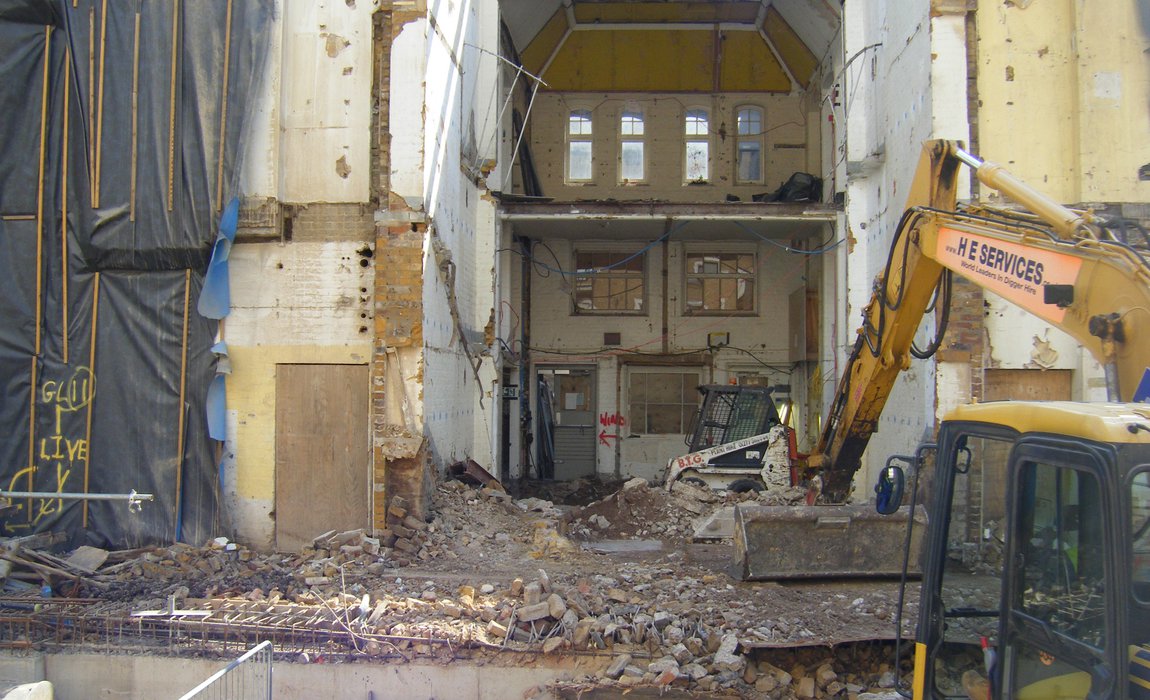 A cross-section of the building under construction 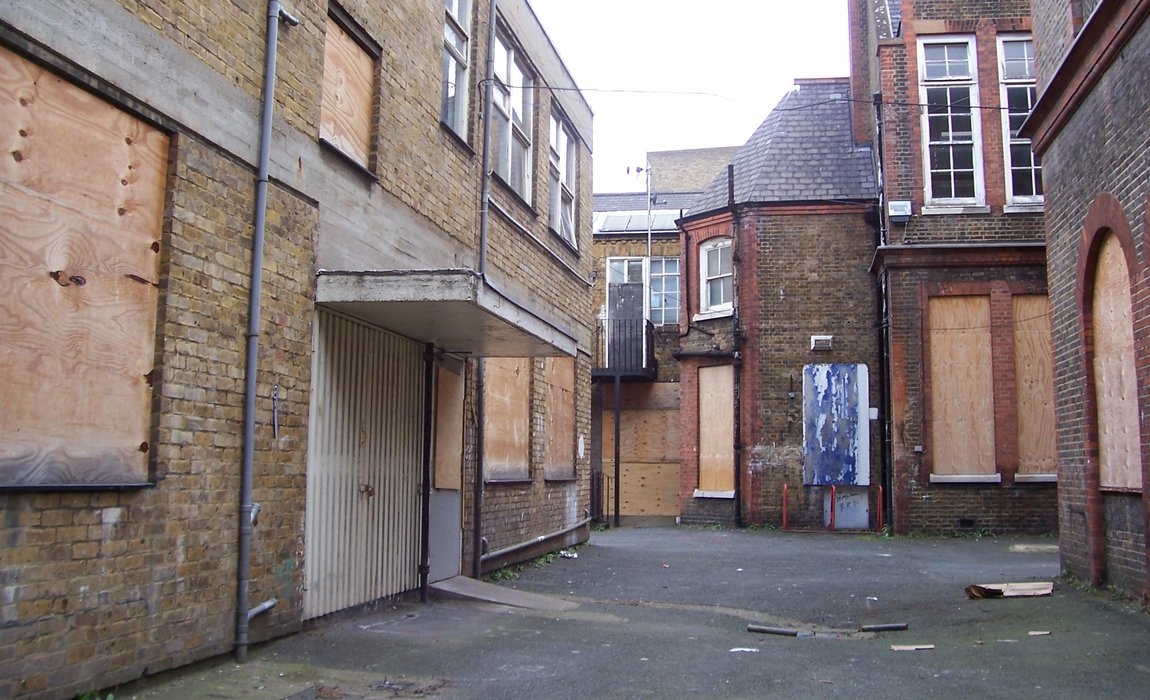 The old Victorian school building before it was reconstructed into the Goldsmiths' Centre. 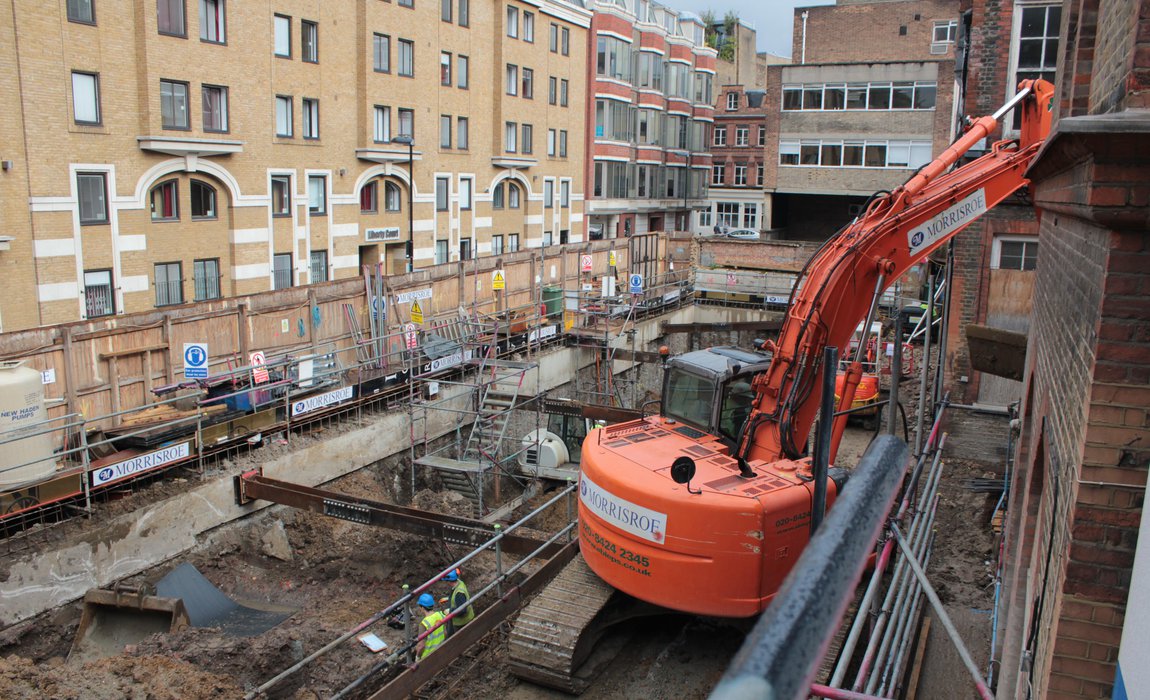 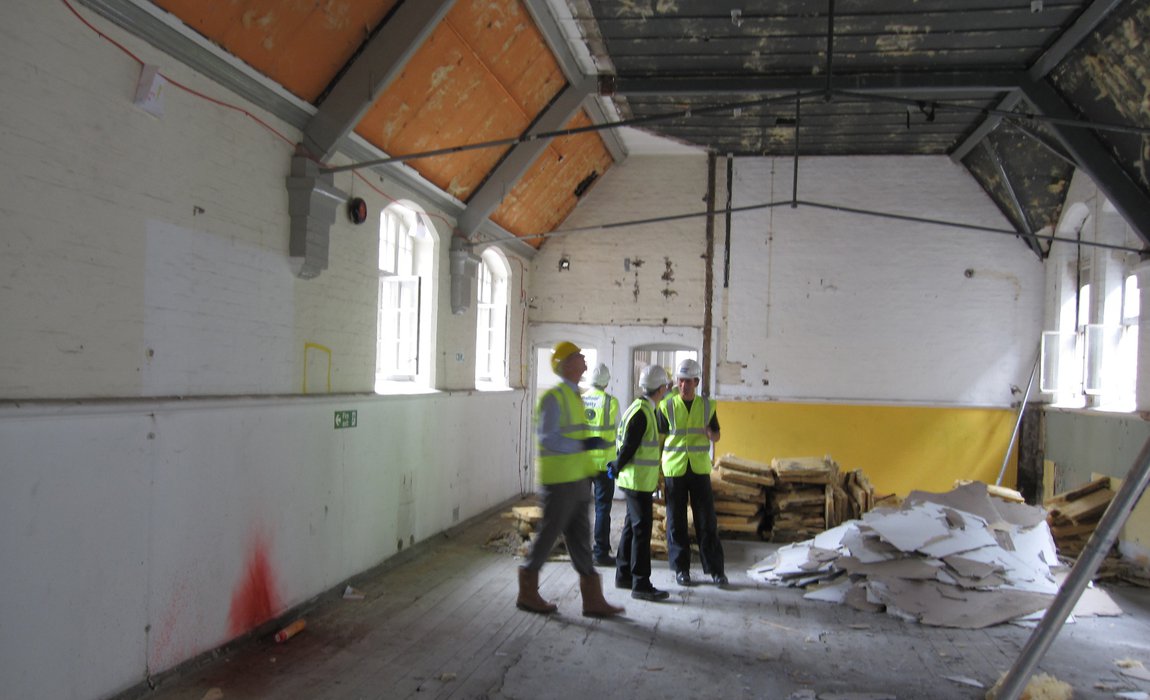 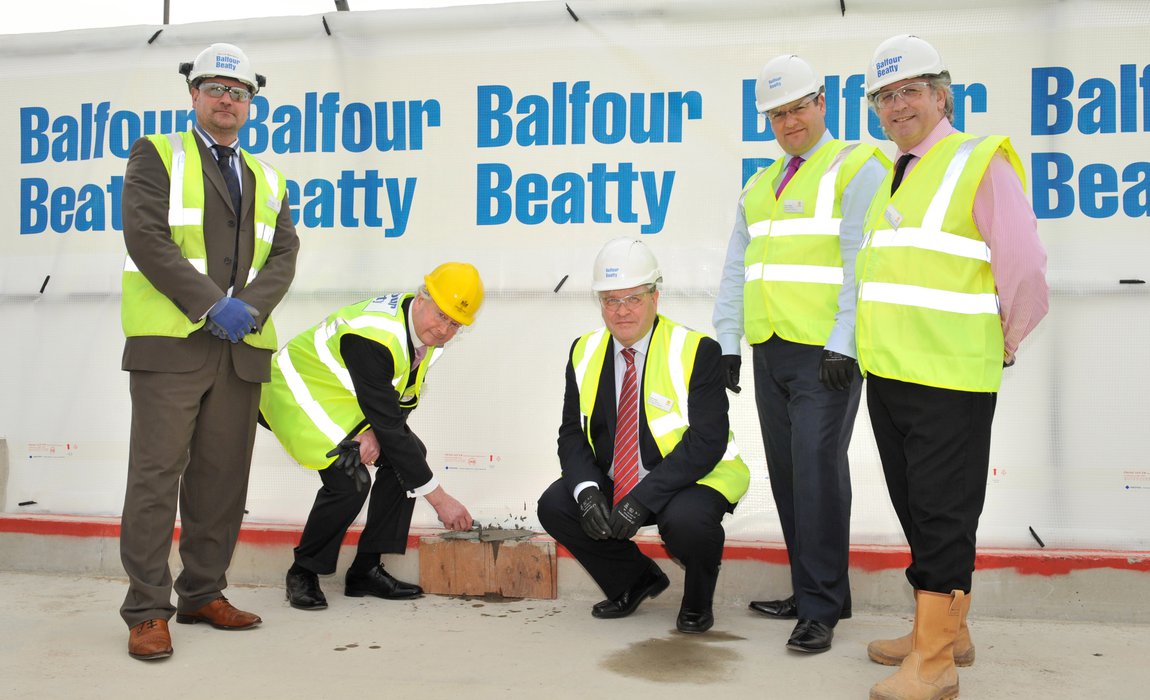