An exhibition, like a novel, has an author (the curator), plot (the journey through the exhibition) and characters (the exhibits). A Sense of Jewellery in fact has two authors or curators Amanda Game and Professor Dorothy Hogg MBE.

Their collaborative relationship was founded in Edinburgh, where Amanda was Director of the Scottish Gallery and Dorothy Head of Jewellery and Silversmithing at Edinburgh College of Art. In these roles they found inspiration through working together on a range of projects, for example hosting a talk by the legendary American metalsmith Oppi Untracht and collaborating on 100% Proof; a touring exhibition of Scottish jewellery and metalwork. Both now independent, working respectively as a curator and designer-maker, they have come together at the Goldsmiths’ Centre to create A Sense of Jewellery. 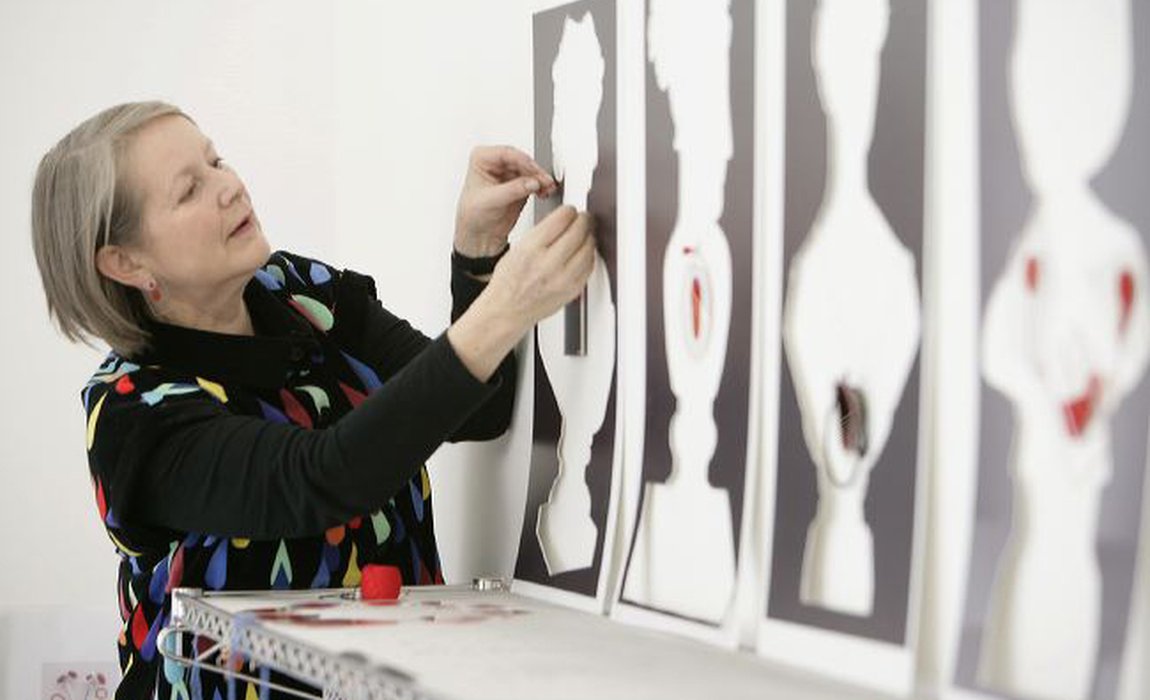 Their plot for the exhibition is built around a re-examination of jewellery from the last forty years, to identify works of innovation and significance. The story A Sense of Jewellery will tell, is their combined reflections on jewellery that shifted perception at the time of its making. It is not a retrospective of sustained careers, but the identification of key objects that Dorothy and Amanda believe have shaped the story of British jewellery making.

They agree that it is an important and opportune point to look back. So many changes have taken place in the education of jewellers and in the technological processes now available to them. The 1960s - their starting point - was a pivotal time; Amanda describes how “The Goldsmiths Company, under the then Art Director, Graham Hughes, worked to create a major show in 1961, Modern Jewellery, to stimulate innovation in the field. He brought together jewels designed by painters and sculptors and fashion designers as well as jewels by goldsmiths. A bronze pendant commissioned from sculptor Elizabeth Frink will be included in this show.’

The Company understood that there was a gap, which they bridged not only through this exhibition, but by the provision of technical training, special buyers events at the Hall and they even commissioned a film that was screened in Leicester Square! The Company’s important work during this time, changed patterns of buying and wearing jewellery and forged many artistic careers in the field”. This lively period led to many further innovations in design and craft training, led by the Company, culminating in the opening of the Goldsmiths’ Centre in April 2012 - a hub for the professional training of future goldsmiths -   and a fitting venue for A Sense of Jewellery.

As would be the rigor of discussion between author and editor, so the process of selecting works for the exhibition has been a well-mannered debate, drawing on their different perspectives. They discuss and agree, and disagree and discuss further, until they come to a resolution. The conversation has been played out at Goldsmith’s Hall, where they have made selections from the Company’s collection, as well as public collections such as those of the V&A and Crafts Council, and the holdings of private individuals. As a maker and tutor, Dorothy intimately understands materials, how they are manipulated; the techniques, tools and skill that their maker has employed. Amanda brings a complementary insight into the making process, through the close relationship any gallery director must have with their artists and those who are buying and collecting.

The story will be told through the pairing of works, such as John Donald’s 1963 Brooch with Jo Hayes Ward’s Brooch from 2011. These objects or characters from different times will be brought together in dialogue, to encourage questioning and contrast. The standpoint of any curator is of course partial and it is up to the visitor to join in the discussion and debate. We hope that you will take part through the events planned to accompany the exhibition.  Dorothy and Amanda want us to see things afresh, be curious about British jewellery; excited by the innovation, diversity and skill, as well as the part that jewellery has played in our culture.

And if you were wondering what type of jewellery Amanda and Dorothy enjoy wearing themselves, interestingly when asked, both referred to rings. On a day-to-day basis Dorothy wears one of her own square angled rings, as a wedding ring, “to prove to others that fingers are not always round”.  Amanda enjoys wearing rings, for the way they call attention to how the hand is used and operates, as well as their sensory relationship to touch.