Offering collaborative funding for projects related to silversmithing, goldsmithing and the allied trades is just one of the ways the Goldsmiths’ Centre is constantly working towards its charitable mission of advancing and developing design, craft and artisan skills.

HammerClub 2019: Renewal, our August to September exhibition of work by the European Silversmiths Forum (also known as the HammerClub), is an example of one such exciting project, developed in partnership with Dundee University and the Incorporation of Goldsmiths. We’re looking back on the project this week through an interview with Sandra Wilson, curator of the exhibition during its initial run in the city of Dundee, and an accomplished silversmith and lecturer at Dundee University.

You also contributed a piece to the exhibition. So, how did you respond to the theme of Renewal - what does the word mean to you and how was it reflected through your work?

In some respects, the theme of Renewal has been very loose – it’s not something that has been necessary for the silversmiths to respond to, though in many cases they have.

In my particular case, I’ve been using casting as a technique to make the vessel, and also a type of engraving that isn’t often seen these days, that creates a stitch-type mark. So, though it’s a fairly loose response, in a sense I feel I’m renewing traditional techniques. 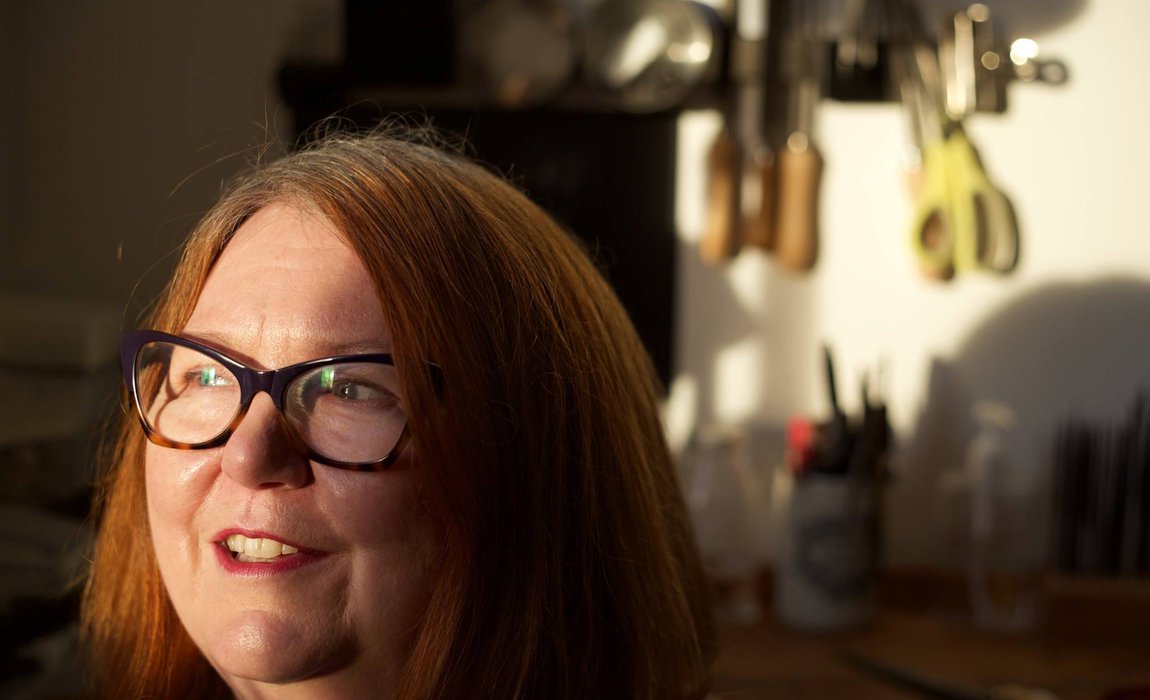 Why do you think exchange and collaboration between practicing silversmiths is important?

I think it’s vitally important to learn from each other; to share techniques, look at the different materials being used and have discussions about the ideas and thoughts behind the work.

One of the great things about the European Silversmiths Forum, or HammerClub as its affectionately known, is that it’s all about keeping silversmithing contemporary and fresh and ensuring that it’s continually evolving. I think making sure that silversmithing is relevant to 21st century life is vitally important. The HammerClub enables us to discuss and share all aspects of silversmithing, but also as important, through the exhibition it promotes the work to a wider public audience. That’s crucial!

We kept a comments book at the exhibition, and there were a number of comments about how great it is to see such a high standard of work in Dundee – and that’s from members of the public. In London, people are used to accessing a wide variety of exhibitions, but for us in Dundee it’s unusual to see this calibre of work, so it has been fantastic – particularly as Dundee is a UNESCO City of Design, and it ties into the growth and culture that’s happening across the city. So, there’s real value in getting silversmithing to that wide audience, through museums and public bodies like yourselves at the Centre, the V&A Museum Dundee, the McManus Museum in Dundee, and the Elements Festival of Jewellery, Silver and Gold in Edinburgh, when the exhibition moves there in November.

I think you see a lot more focus on ideas in European silversmithing, and a greater use of mixed materials. For example, Paul Derrez in Amsterdam who uses metal with acrylic covered tops, or Eva Bauer from Germany, who used an old tap with a candle through it – a beautiful piece of work made from found objects. It’s really good to see those kinds of combinations. There’s a sensitivity there – and I think there’s a level of attention to detail that’s particular to European work.

One of the great things about being able to set up the exhibition and install the work was the pleasure of being able to look at the pieces closely, to take in all the details and examine the underneath of the work or the thickness of the metal.

Was it a challenging exhibition to curate?

It was, partly because the theme was so loose – the variety in the designs was incredibly broad. We created four or five very loose categories, so for example; new technologies, new materials, new aesthetics, to group some of the works together. We didn’t say too much about that in the exhibition - the idea was to put those categories there subtly in the background, and perhaps people would make those connections. It’s always difficult in terms of planning, because though images are sent, the work can look bigger than it is in reality, or vice versa. A piece you thought was hand-sized could end up being two or three times that! So, it took us two to three days in total to install the work, though I had help from a fantastic colleague called Tina Rose, from a company called Really Interesting Objects or RIO.

Each year the HammerClub hosts a symposium in Europe. This year it took place in Dundee. Why do you think the event is important and how did being in Dundee influence your thinking as a silversmith?

The symposium itself is a great social event. It’s the one time of the year that silversmiths can get together, and there’s a really strong sense of comradery and delight at seeing each other again.

I also think that each time the HammerClub moves to a new a city, it highlights that area and what it has to offer, and that’s a really positive thing. So, in the case of Dundee, it was all about promoting the new V&A that’s opened at the waterfront. As I mentioned previously, Dundee is a UNSECO City of Design – and there’s a real buzz about the city because it’s emerging from a period of regeneration, particularly of the waterfront. There’s a strong emphasis on the role of art and design, and the symposium provided an opportunity to showcase that.

Dundee also has a strong association with Duncan of Jordanstone College of Art and Design, part of the University of Dundee, where I work. The University has been a significant player in promoting a lot of these developments, and I think our jewellery and metal design programme is particularly strong at integrating traditional materials and techniques with new tools and technologies. We were really keen to promote that, and also some of the new ideas being put forward by Scotland’s Incorporation of Goldsmiths’ in the city of Edinburgh; about ethical making, responsibly sourcing precious metals, and using recycled, fair-trade or fair-mined materials. So, the symposium is essentially a chance to share the achievements of a region or a country. 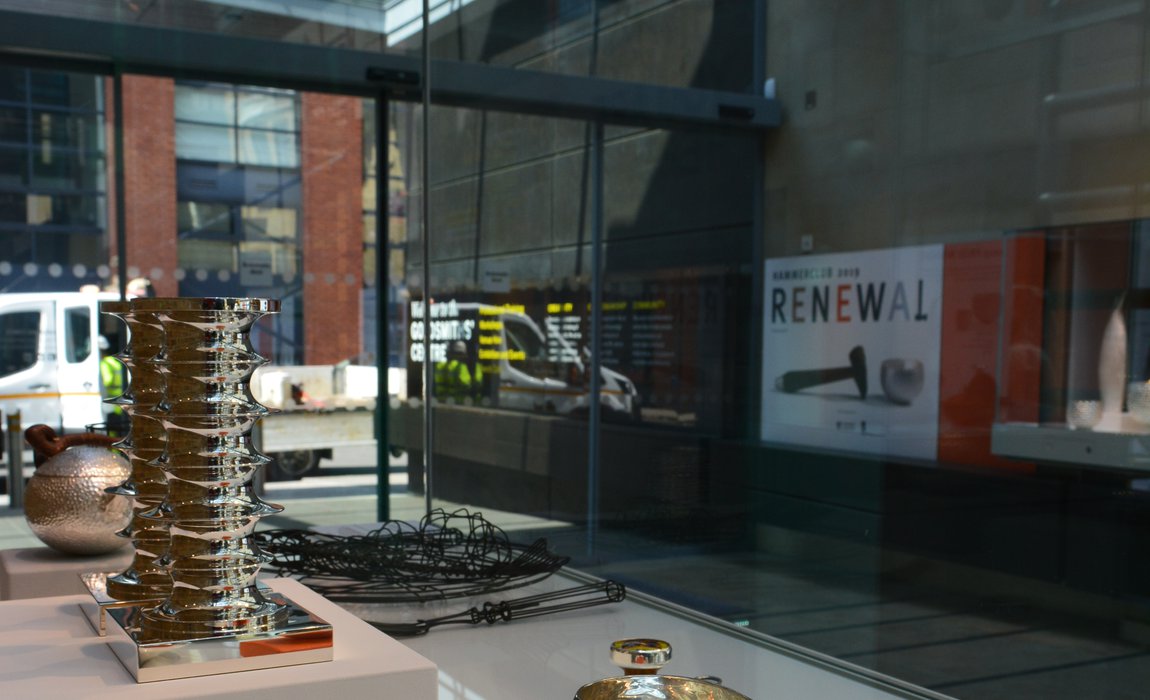 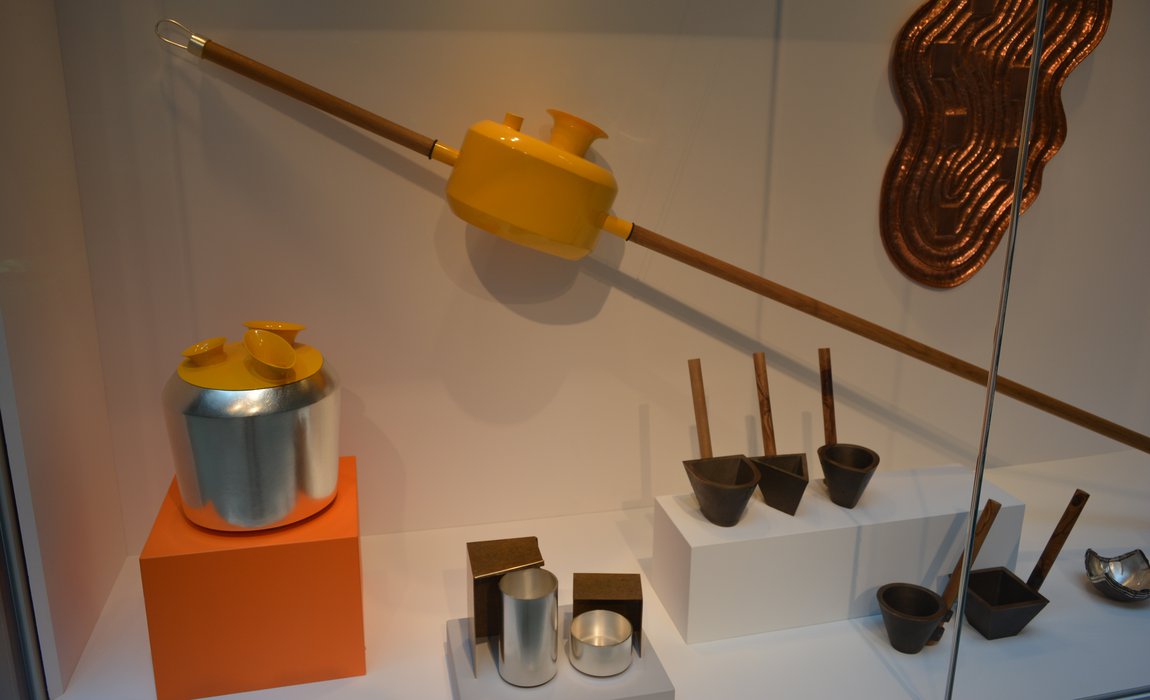 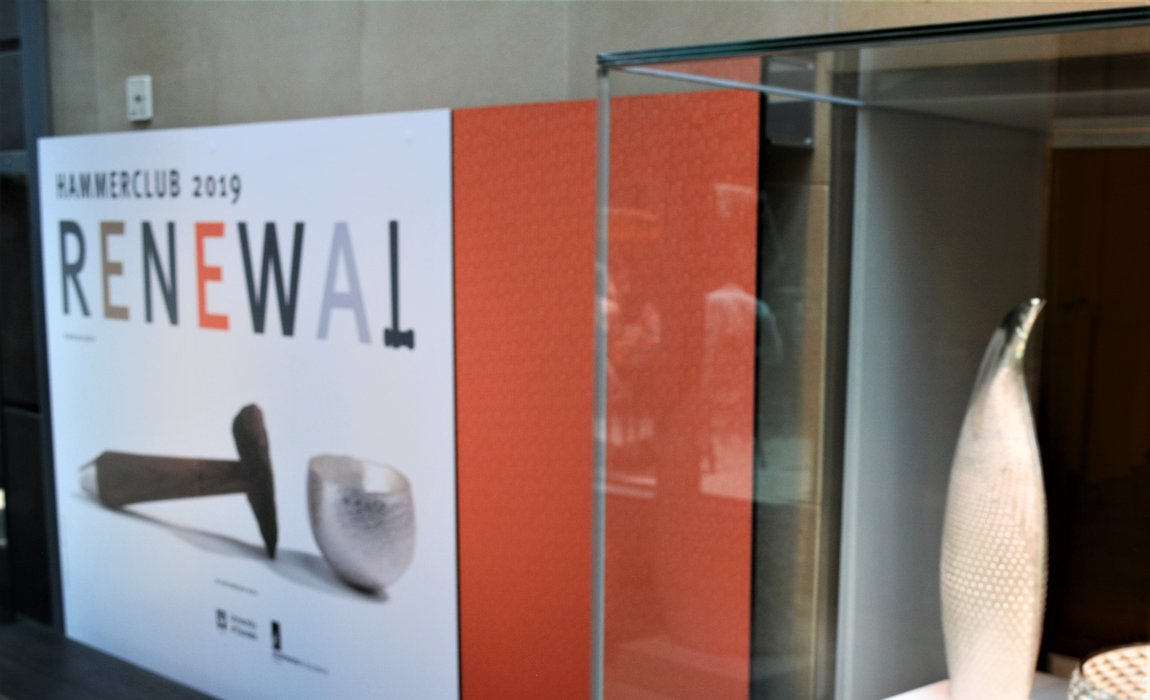 Did Brexit have any impact on the event?

Brexit threatened to up-end this event so many times – because Theresa May kept postponing dates and timelines. Sadly, I do believe it prevented some colleagues in Europe from coming over. We still had a very good show of European work and participation from European colleagues, but if the discussions around Brexit hadn’t been taking place, I think we would have had more. There was a great talk by George Dalgleish who previously worked for the National Museum of Scotland – he gave a historical review of silversmithing in Scotland, and constantly spoke of the connection to Europe in terms of style and techniques and the movement of people. Of course, his talk went down phenomenally well because he was ticking all the right boxes!

Did you take any new ideas or techniques you want to test away from the symposium?

One of the things I took away was about the thickness of metal. Particularly in European work, there’s a thicker gauge of metal than what I’ve been currently using. I’ve been hand raising with 0.7 millimetres, but looking at European work, I can definitely see that they’re using a much thicker gauges, 1.2mm or even 2mm in some cases. I gave a presentation myself about the lesser known technique of Dutch Raising. It was given this name by an American Silversmith in the 1950’s. Essentially, you start to raise from the outer edge, and then you add extra courses behind that – so in essence you’re able to control the final diameter of a piece much better.