One of the finest gold and silver jewellery polishers in London and the UK, Elliot-Fitzpatrick has grown at a rapid rate since being established in the 1980s. Constantly striving to be recognised as the leading silversmiths, Reg Elliot of Elliot-Fitzpatrick was recently recognised as a Royal Warrant holder for supplying goods and services to the Households of Her Majesty The Queen. In this blog post, we talk to Reg about this wonderful accomplishment and his business, in order to give you a snapshot into his practice.

Hi Reg. Many congratulations to you on such an amazing achievement. How did you feel when you found out you were being recognised as a Royal Warrant holder?

I was completely taken by surprise! It was absolutely fantastic to receive the letter from Buckingham Palace to say that I had got the Royal Warrant.

I thought there would be lots of Warrants handed out but there were only 16 given out this year and only a half a dozen of those from The Queen so I was very honoured to get one from The Queen. Only a few of us received it, so it was great.

Tell us a little about your business. How long have you been trading for and what services does your company provide to the trade?

I started the company back in 1985 as a sole trader. I was soon swamped with work and that's when I asked Alan to join me two years later, so Elliot-Fitzpatrick has been going since around 1987. We were renting space in Hatton Garden originally. Then a workshop became available in the building we were in, so we moved into that and expanded from there.

We were there in Hatton Garden for about 25 years or so, and then moved into the Goldsmiths' Centre as one of the first tenants when it opened in 2012.

As for our work, it is very diverse. We are known for our polishing and our plating services primarily, but we have gone on to do our own projects (we design a bit of our own work). But it is very hard to get on with that as we are so busy with the services that we provide. 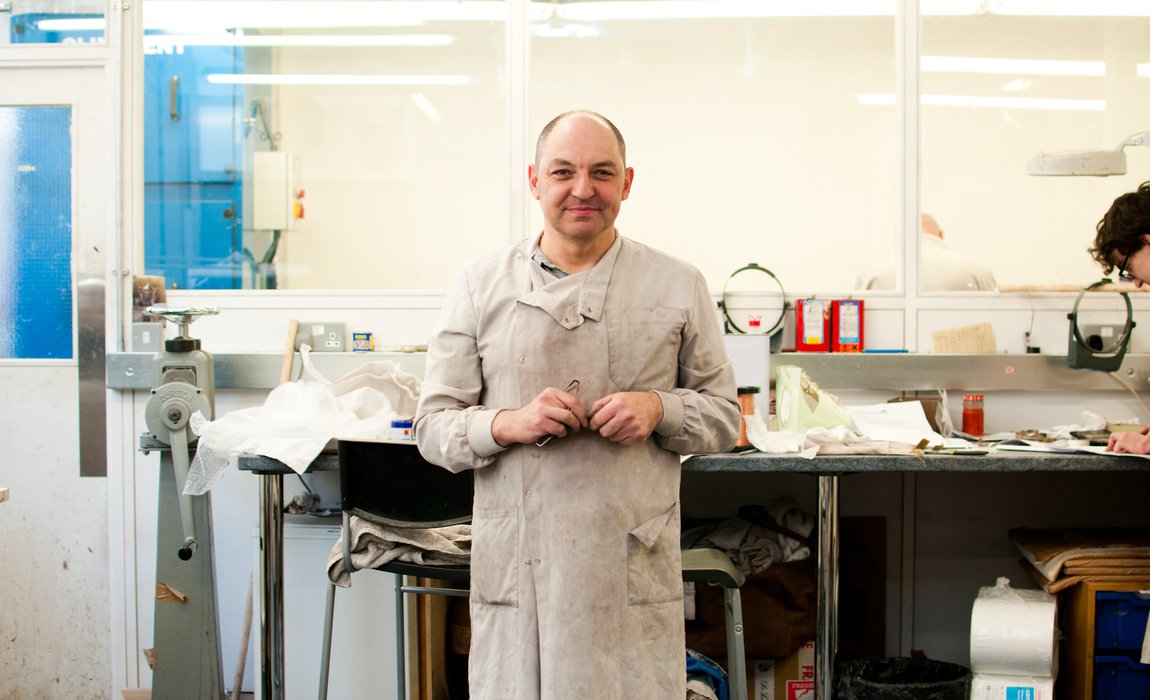 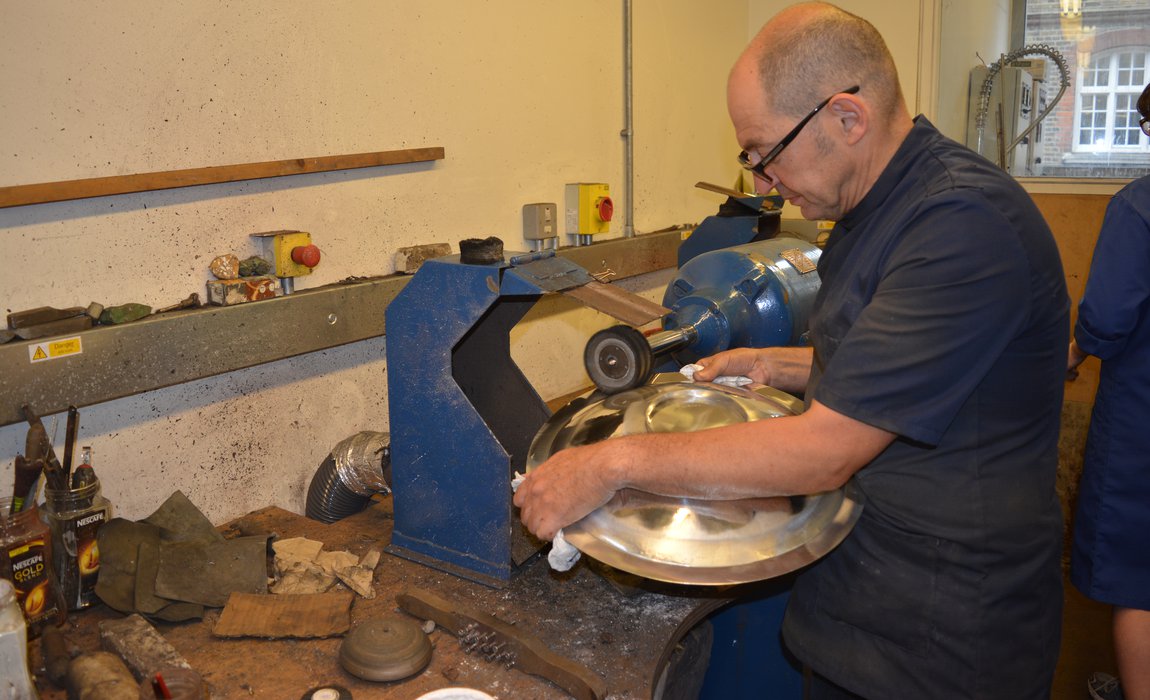 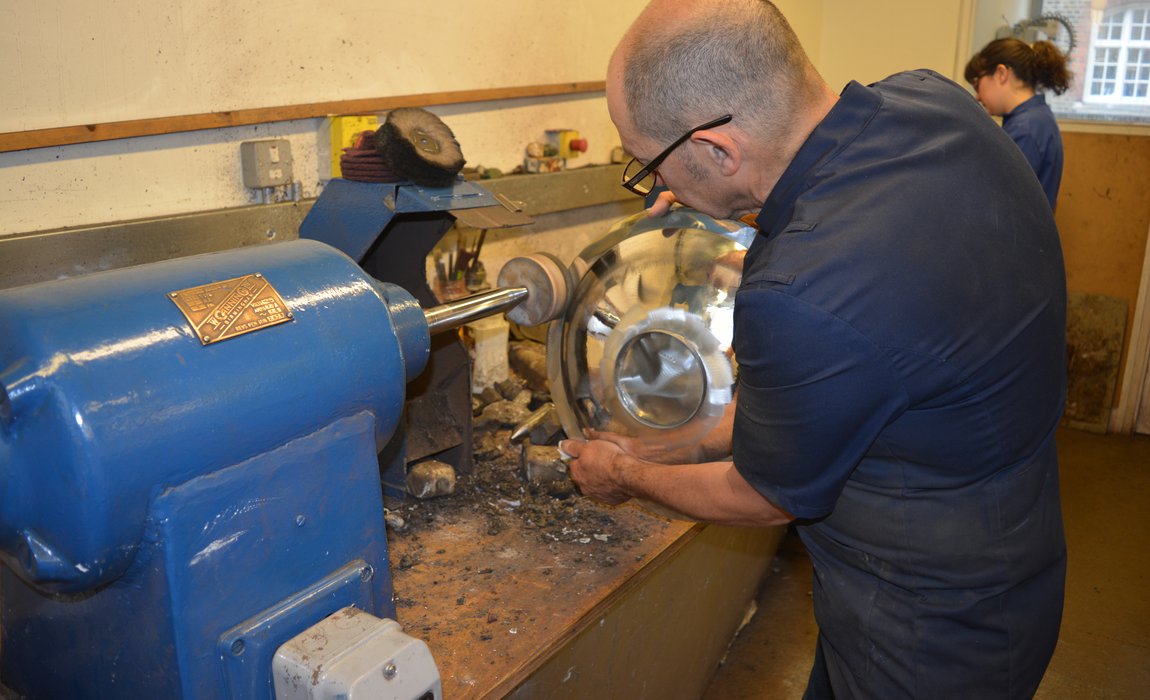 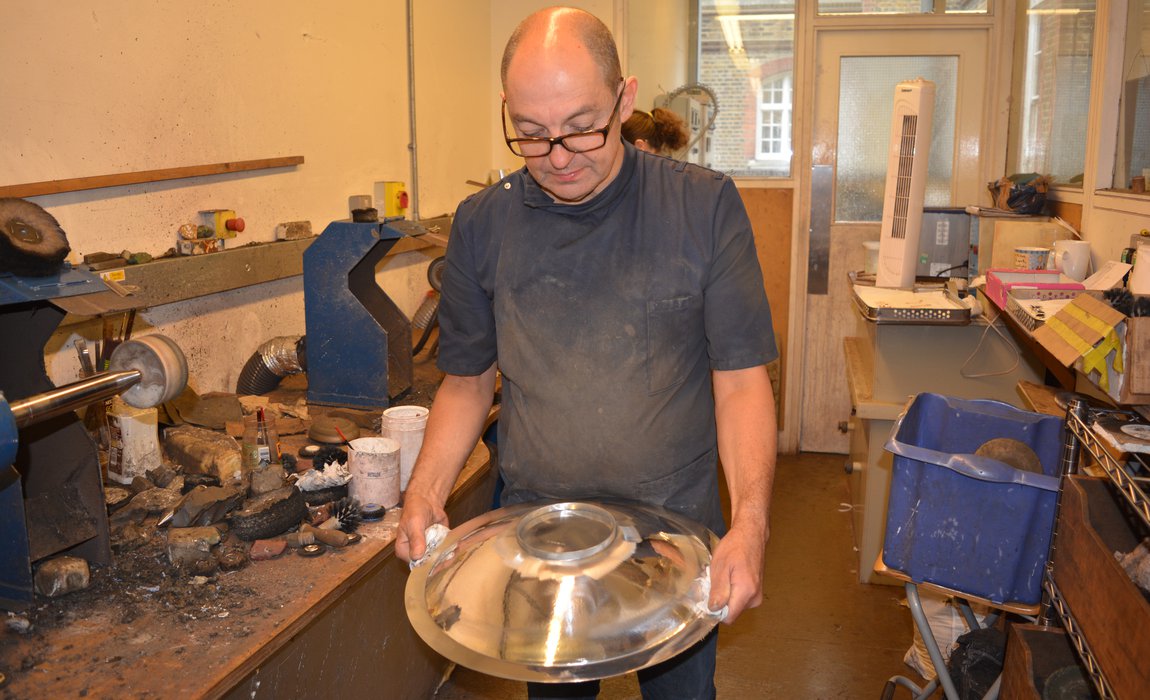 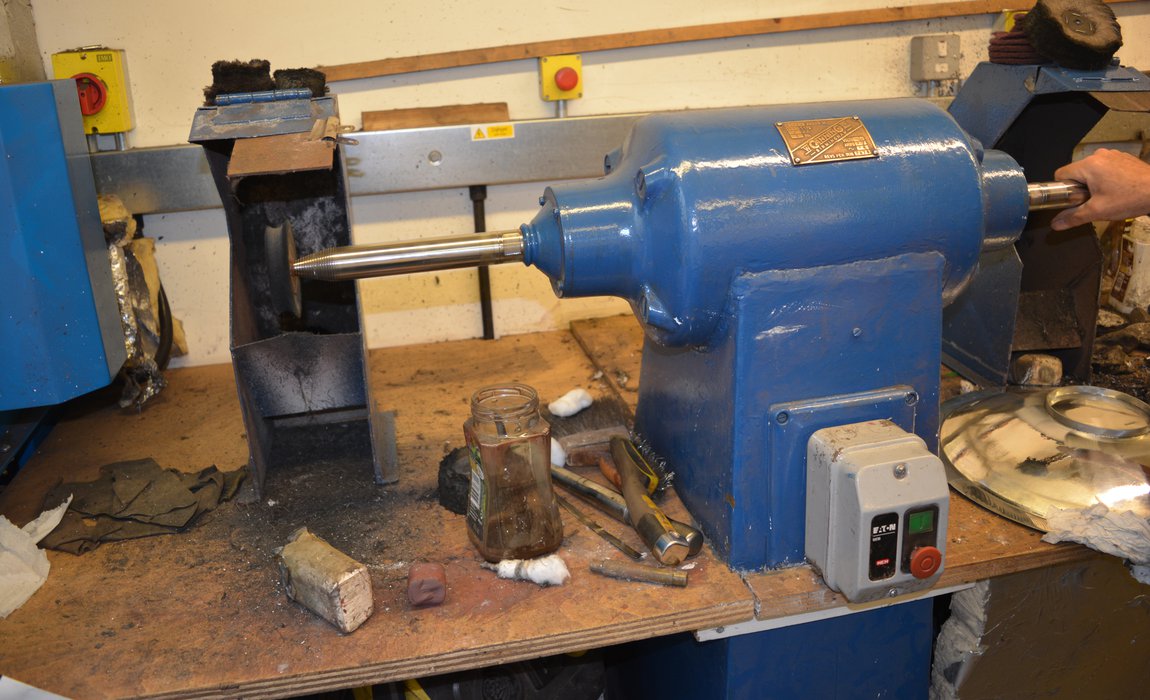 What attributes are important in being a professional precious metal polisher?

I think you've got to have a lot of patience to do what we do because it is not the most glamorous of work really in terms of standing there; it's quite dirty, dusty, noisy, it’s hot and all the rest of it. So you have to stick with it initially. To do it well, there are a lot of skills involved. Anyone can make pieces of silver and gold shiny but that's not really what it's about. People bring their work to us because they want it as it is, that means if it is nice and flat with sharp edges they want it to remain nice and flat with sharp edges. You can do a lot of damage as well as a lot of good when you are polishing. Our clients want us to understand their work. Every silversmith and designer has their own way of finishing their pieces. You have to build a rep with the client so I think a lot of patience initially and you have to stick with it. It does take years before you really grasp what it is all about.

It's a very hard thing to explain to someone; what makes a good polisher. It's really, really hard.

What do you enjoy about your job?

Now, because I've been doing it for so long, I enjoy seeing the client be absolutely wowed by what I do. Very often they'll bring their pieces to me, and these pieces are absolutely beautifully designed, made and everything else, but they don't really come to life until I finish my work, and then they do look quite spectacular. It's a collaboration of what the designer does and what I do. And then again it might not be just having to make it nice and shiny, there might be multi-finishes on it.

I enjoy it the most when clients give me a free range, so if I finish a box off I try to finish it off differently to how other people may finish it off because I want to put my stamp on it and people do appreciate that detail.

If I can make something a little bit special in my own way of finishing it I will do that because I like the gratification of seeing people so pleased with it. So that's what I like about it.

What advice would you give to anyone aspiring to pursue a career in precious metal polishing?

There have been a few of the kids who have come from the Goldsmiths' Centre who have worked with us for a few days, and I know two of them have gone on to be polishers because there was something about it that they found fascinating.

I know from when I started I had this interest in wanting to know how they make things so beautifully shiny. I think that initial interest is important and then from there you have to stick with it. There is so much to it. I mean you say keep the piece of silver flat, or the edges flat, but that's easier said than done with some of the work that comes to us.