Gabriela Kucharska chose to study at the Goldsmiths' Centre to explore her interest in jewellery design. Knowing that the Goldsmiths' Centre did not offer any design apprenticeships at the time, she says 'I was really interested in design, but because I knew they did not have any design apprentices previously, I thought I should be interested in something else'. Our team helped Gabriela become the first ever design apprentice at Cleave & Company Ltd, which was what she really wanted. Gabriela says, 'They found me a place and it was really exciting. It’s really crazy that I am actually the first one'.

When did you realise you wanted to be a jewellery designer?

I never knew I wanted to be a jewellery designer. It was just when my previous school gave me the opportunity to study jewellery for GCSE that my interest in the area was sparked.

Where do you find inspiration?

From different places such as the internet, magazines, photos. When I travel I take a little booklet with me and if I see something of interest I sketch. It can be anything, like a window, a building, a bird, an animal. It might not be used immediately, but I return to it after a few days or weeks and it gives me more ideas and inspiration.

Is there a module that you particularly enjoyed while you were studying here at the Goldsmiths’ Centre?

When I first came here, I did not realise there would be so many aspects to the Foundation Programme. I did not know that I would be doing enamelling, engraving and silversmithing for example. I really enjoyed the engraving and silversmithing, and also design. I was really interested in design, but because I knew they did not have any design apprentices before, I thought I should be interested in something else. I really did enjoy every single bit of it. Finally, the team at the Centre helped to secure me an apprenticeship in design so it’s been really nice.

An interview with Gabriela Kurcharska during her Design Apprenticeship

Are there any skills that you learned on the Foundation Programme that helped you during your apprenticeship?

Yes, I think - even though I did not particularly like mounting – that helped me because now when I am designing something I think of how to make it and if it’s possible to design it. Like for example, if I go and do architecture at university, I would not be able to build it first and then go to learn the theory. I think it's good that I first learnt how to make the jewellery and then design it, I think it really did help me.

Can you share a memory from the year you spent here at the Goldsmiths’ Centre?

I think the best memory was when I found that I got a gold award from the Goldsmiths’ Craft and Design Council for my piece of work, which I did not expect, but that was a really good achievement. 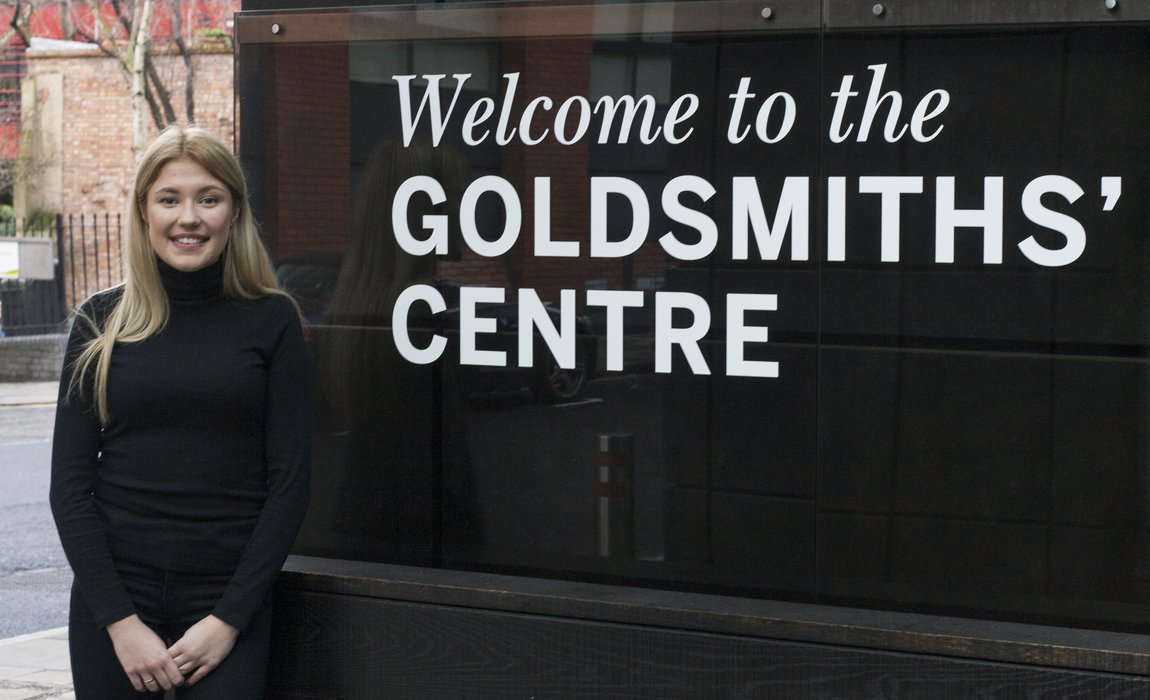 How did you find managing the production of your masterpiece?

It was challenging because as the first design apprentice, I didn’t have a previous example of what to do or how to do it. I set myself a very high standard, and aimed to fit all the skills that I have learned through my apprenticeship into my masterpiece project. This meant that I actually had to do work on more than one piece in order to showcase different skills, such as airbrushing, CAD computer programming and different painting techniques.

How do you feel that you are the first ever design apprentice? Was it easy to find an apprenticeship?

It was really hard at the beginning. I did not really know what to do, because as I said before, they did not have any design apprenticeships. So I thought after the Foundation Programme that I could go to university and study interior design or architecture and be able to still draw and design. They found me a place and it was really exciting and it’s really crazy that I am actually the first one. I think I have to make a good start for other people to become jewellery designers because it's a really nice and interesting job to do in the future.

If you would do it again what would you do differently?

Looking back at the work that I have done, I can already see things that I could improve or change for the better. I learned a lot while working on these projects for my masterpiece, so naturally, my skills and techniques improved from the experience.

What’s changed for you since your apprenticeship ended?

I feel more of a responsibility to get everything right the first time. Since I’m not a student anymore, but a qualified employee, I need to design things that are not only impressive and fit the brief, but that I know can be actually made. So overall, what has changed is my sense of responsibility and level of professionalism.